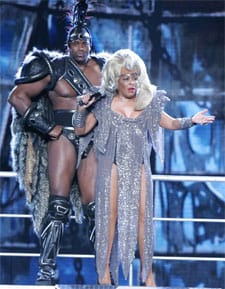 Tina Turner returns to the stage.

Paper: Gay parenting the next skirmish in culture war.

SURVEY: Most Americans favor gay adoptions, openly gay military service. “The Pulse of Equality survey, commissioned by the Gay & Lesbian Alliance Against Defamation (GLAAD) and released today, shows a majority of Americans favors a broad range of policies and protections for gays, as well as supporting them as adoptive parents. More than six in 10 would allow openly gay people to serve in the military. Another 63 percent favor expanding hate laws to include gays, lesbians and transgender people. Also, 69 percent support gays adopting.”

Britney Spears has 27th Bday at Tenjune in NYC. 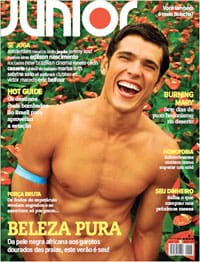 “Don’t Ask, Don’t Tell” repeal to be a product of consensus-building not an add-on to an appropriations bill: “When it comes to President-elect Barack Obama making good on his campaign promise to repeal ‘don’t ask, don’t tell,’ gays and lesbians—70 percent of whom voted for him—may have to be patient. Advocates of the repeal are warning that any action might take a year or more.”

New York Daily News steals Empire State Building in 90 minutes: “The News swiped the 102-story Art Deco skyscraper by drawing up a batch of bogus documents, making a fake notary stamp and filing paperwork with the city to transfer the deed to the property. Some of the information was laughable: Original ‘King Kong’ star Fay Wray is listed as a witness and the notary shared a name with bank robber Willie Sutton. The massive ripoff illustrates a gaping loophole in the city’s system for recording deeds, mortgages and other transactions. The loophole: The system – run by the office of the city register – doesn’t require clerks to verify the information.” 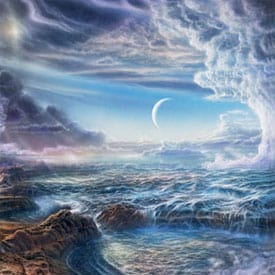 Researchers have put together a new theory about what early Earth looked like, and apparently it looked much like a velvet black light poster from the 70’s.

Details: The Rise of the A-Gay. “Make way for the A-gays. Moneyed, successful, educated, and comfortable in their own skin, they’re fast becoming the new archetype of cosmopolitan masculinity. The urban man’s man. They don’t own yappy miniature dogs or time-shares in Fort Lauderdale; they own Labradors and four-bedroom summer homes in Sag Harbor. Instead of cruising in gay clubs, they jet to Gstaad or the TED conference, and party at Sundance with Zooey Deschanel. They don’t want to be part of any kind of closeted group or velvet mafia.”

Chace Crawford is a cheater.

Remember that meteor that was photographed lighting up the sky as bright as day over Edmonton, Alberta? They found it.

What was behind the Prop. 102 gay marriage loss in Arizona? “In last month’s vote, the proponents of Prop. 102 shed their financial disadvantage, receiving over $7 million in contributions and swamping the mere $600,000 raised by the opposition. And they ran what Herrod describes as a ‘first class campaign,’ with five television ads and even more radio spots. The ads highlighted the simplicity of the ballot initiative and cast doubt on the opposition’s argument that Arizona statutory law already defined marriage as between a man and a woman. With courts in Massachusetts, Connecticut, and neighboring California delivering gay marriage to their states by judicial fiat, proponents of traditional marriage in Arizona could see the need to enshrine the definition of marriage in the state constitution. California voters themselves saw the need, approving a ballot initiative last month that nullified the imposition of gay marriage by the state’s supreme court in May. Sam Holdren, public affairs director of Equality Arizona, which opposed Prop. 102, blamed California’s ballot initiative for fundraising difficulties in Arizona. ‘We were only able to talk to a limited number of voters with a very narrow message,’ said Holdren, while the supporters ‘were able to inundate people’s mailboxes and phones. They had a lot of money to run a really effective campaign.'”