Committee to Protect Journalists and Reporters without Borders, two groups committed to the freedom of journalists abroad, have called on the Iraqi government to free Adel Hussein, who was found guilty of violating “public custom” for publishing an article about homosexuality in April 2007 in the independent weekly Hawlati. 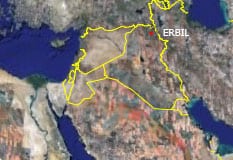 Said Reporters without Borders: “Sexual practices are part of the individual freedoms that a democratic state is supposed to promote and protect. Furthermore, Hussein did not defend homosexuality. He limited himself to describing a form of behaviour from a scientific viewpoint.”

CPJ reports: “The sentence handed down was based on the outdated 1969 Iraqi penal code, said Luqman Malazadah, Hussein’s lawyer. Malazadah told CPJ that he has appealed the court decision. A new press law that took effect in October doesn’t recognize violations of ‘publish custom’ (sic) as an offense and also eliminates prison terms for journalists. The new law also says that a representative of the region’s Journalist Syndicate must attend a journalist’s trial, but Fatih said that no representative attended Hussein’s.”

Hussein, who is currently imprisoned in Erbil, received a six-month jail term and was fined 125,000 dinars (85 euros).