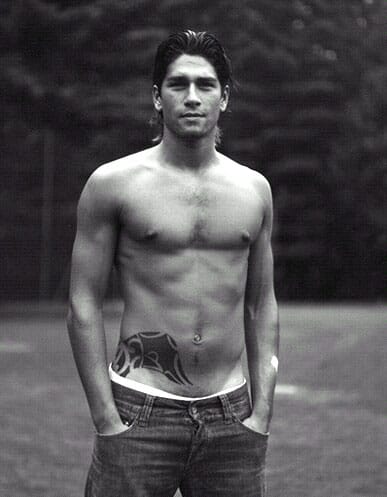 Said Borriello: “I must admit I have a dressing room curiosity over Beckham. I want to see if he is equipped as he is in the Armani underwear adverts.”