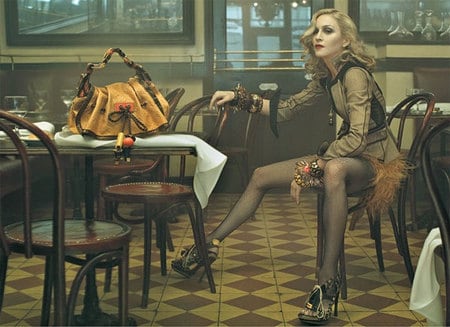 “When Marc Jacobs found himself in a meeting on a recent Monday morning to brainstorm about Louis Vuitton’s next fashion advertising campaign, inspiration struck. ‘I just blurted out, ‘I think we should do Madonna,’’ said the designer, Vuitton’s creative director, mentioning he’d attended a concert by the pop icon the night before in Paris. ‘I was totally just blown away by it, and moved by her performance, by what she had to say, and her energy.’ As the meeting went on, Jacobs tapped out a message to Madonna on his BlackBerry, and within about five minutes came the reply: ‘I’d love to.’ Although [Vuitton’s director of communications Antoine] Arnault declined to give figures, he said media budgets for the fashion campaign would be on par with a year ago. And he dismissed as ‘absurd’ reports pegging Madonna’s fees at $10 million. ‘It’s very far away from that,’ he assured.”

Four more images have been shot for the campaign, which begins in February. 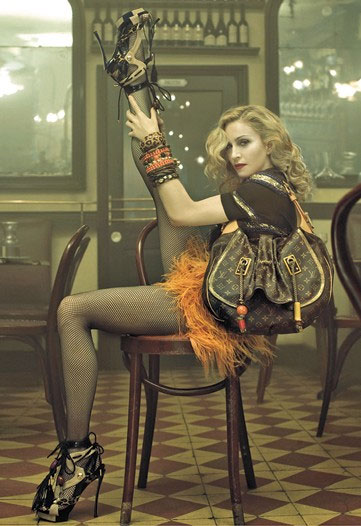