The Sundance Film Festival announced its line-up for 2009. They also discussed how the festival plans to deal with boycott threats and objections to screenings in Cinemark theaters owned by Alan Stock, who contributed $9,999 to the ‘Yes on 8’ campaign: 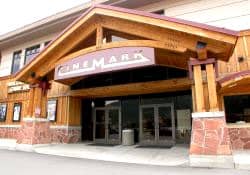 “Mr. Cooper [festival’s director of programming] and [festival director] Mr. Gilmore said festival officials were stepping carefully around demands that they cooperate with a boycott of businesses associated with supporters of California’s Proposition 8, banning gay marriage. The festival, for instance, will make certain that no film is screened only in the Holiday Village theater in Park City, operated by Cinemark, a chain whose chief executive, Alan Stock, donated to Proposition 8’s backers in the November election. The idea is to give anyone who has qualms about Cinemark the opportunity to see a movie somewhere else. But, given the dearth of theaters, programmers don’t intend to abandon the Holiday Village. ‘We don’t have an alternative,’ Mr. Gilmore said. ‘If we had another theater we could walk down the street to, we might be thinking about that.'”

So, yes they’re screening in Cinemark, and no, they’re not choosing to show any solidarity with the millions of Californians who had their civil rights taken from them except offering them another choice. Separate but equal.