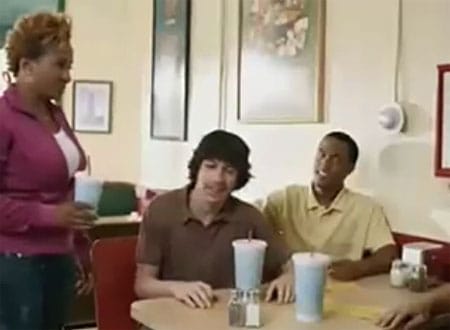 The Ad Council’s Gold Bell for creative excellence was awarded to the “That’s So Gay” PSA campaign produced by Arnold New York in partnership with GLSEN at an awards ceremony at the Waldorf Astoria hotel in Manhattan in late November.

The ads, some of which featured Hillary Duff and Wanda Sykes which were part of a campaign called ThinkB4YouSpeak, intended to educate young people about homophobic language and its consequences.

Sykes, since producing the ad, came out of the closet publicly at a rally following the passage of Proposition 8 in California.

Watch a clip of the ceremony which has just been posted by AdAge, AFTER THE JUMP…