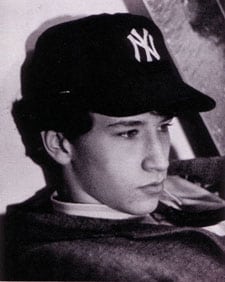 Some vintage shots of a well-known CNN anchor.

Ethiopian clerics want ban on homosexuality enshrined in constitution: “Religious leaders in Ethiopia on Monday urged lawmakers to amend the country’s constitution to ban homosexuality in a move they argue could further strengthen existing codes. At a meeting in the Ethiopian capital, nearly a dozen religious figures, including heads of Ethiopia’s Orthodox, Roman Catholic and Protestant churches, adopted a resolution against homosexuality, which they termed as ‘the pinnacle of immorality.'”

British mum in court for anti-gay attack on her own son.

40-year-old British ex-boxer in court for anti-gay attack on 14-year-old boy: “Wirral magistrates heard Stephen Hope, 40, of Hull, only stopped his attack when he was slashed across the arm by the boy’s mother, who had panicked and grabbed a kitchen knife. The thick-set former drug user had befriended the woman four months prior to the attack on August 13. The court heard how having originally listened to the youth confide he might be homosexual, Hope grew increasingly angry, saying he was driving a wedge between him and his mother.” 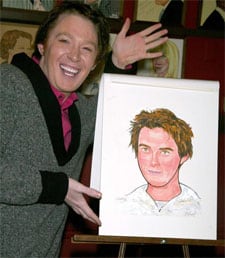 Gay Indian Prince Manvendra Singh Gohil goes undercover to try and find a partner: “Prince Manvendra Singh Gohil has been trawling the bars and clubs of a British seaside resort – even taking up a menial job – in a life-follows-art search for a soulmate. Gohil, crown prince of the former princely state of Rajpipla in Gujarat, is among three ‘undercover princes’ who have travelled from India, Sri Lanka and South Africa to star in a four-part British television documentary.” 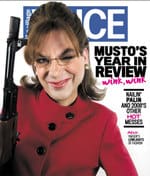 The Village Voice‘s Michael Musto takes on Sarah Palin and others in his year-end review. FLASHBACK: Musto as Lindsay Lohan as Marilyn Monroe.

Spanish judge suspended for trying to stop lesbian from adopting: “The court’s ruling Tuesday says Ferrin ignored Spanish laws allowing homosexual couples to adopt and showed contempt for the woman’s sexual orientation while processing her application. Ferrin says he will appeal his suspension, and that he had only the child’s interests at heart.”

Can Paris Hilton get any tackier? It’s possible. 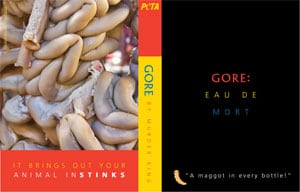 Burger King “Flame” meat-scented cologne sells out in NYC. PETA responds with their own fragrance: Gore.

What the Pope actually said about homosexuality being as dangerous as the destruction of the rainforests.

Burlesque dancer Dita von Teese and Dr. Mervyn Silverman receive Award of Courage from amfAR: “Silverman, director of public health from 1977 to 1985, was feted for leadership in HIV prevention…Von Teese, a spokeswoman for the MAC AIDS Fund and a supporter of amfAR, was honored for putting her time and charisma into international fundraising and awareness efforts – not just for men, but women, too.”