New push for ‘civil partnerships’ launched in Arizona: “In essence, it would provide every benefit and requirement that now exists under state marriage laws — every one, that is, except the actual word ‘marriage.’ It would set up procedures for courts to dissolve the partnerships, just like a divorce, with the same grounds. The measure is being pushed by Mesa resident Gino Meriano, who owns Pink Weddings, which helps gay couples organize civil-commitment ceremonies.” 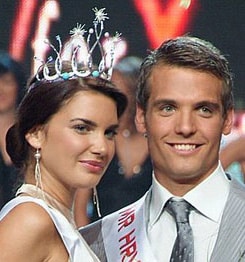 Miss Croatia worried “faggotry” is advancing in her country.

Super Bowl XLIII for the clueless.

Elderly UK couple protests adoption agency grant of grandchildren to gay couple: “When the grandfather protested, he was told: ‘You can either accept it, and there’s a chance you’ll see the children twice a year, or you can take that stance and never see them again.’ The man said last night: ‘It breaks my heart to think that our grandchildren are being forced to grow up in an environment without a mother figure. We are not prejudiced, but I defy anyone to explain to us how this can be in their best interests.'”

Dustin Lance Black to sign the shooting script of Milk at Book Soup in Los Angeles on Monday, February 2. 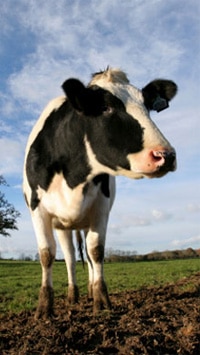 Cows that are given names like Daisy, Gertrude or Buttercup produce more milk than cows that aren’t named.

New trial starts for San Diego firefighters claiming sexual harassment for being forced to participate in a Gay Pride parade. The last trial ended in October in a mistrial after the jury said it was deadlocked.

Rosie O’Donnell quits blogging: “When I started to blog, no one knew what a blog was. Then it got so commonplace, it was kind of being used on entertainment shows as edited pieces. I was like, ‘It’s not worth it.’ It wasn’t providing the joy that it used to.”

NYC fashion mavens Eddy Chai and Paul Birardi are through with 29-inch waists.

Portland Mayor Sam Adams’ spokesman Wade Nkrumah resigns: “Nkrumah’s resignation less than a month into Adams’ term is the first public resignation by a staff person in Adams’ office since the mayor admitted last week to lying about his sexual relationship with 18-year-old Beau Breedlove. Nkrumah offered no comment on the reasons for his resignation.” TIME: Can Adams Survive?

Canadian lesbian couple say physician denied them treatment because they are gay. 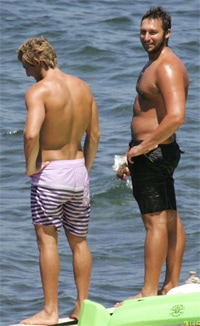 Travolta extortion doc revealed: “Sources connected with the investigation tell us John Travolta told EMT workers he wanted to fly his son to Florida rather than drive by ambulance to the hospital….which was 45 minutes away. There was a disagreement over which course would be better. John felt initially it might take the same amount of time to get his son to Florida where he might get better care.”

Texas won’t allow gay divorce: “Attorney General Greg Abbott said that since Texas law prohibits same-sex marriages and civil unions, the men could not be divorced in Texas since their union is not recognized to exist in Texas. The men, who have asked that their names remain private, were married in Cambridge, Mass., in 2006. Peter Schulte, who represents the plaintiff, said he plans to argue that the U.S. Constitution dictates that states recognize contracts from other states.”

USMC: Your tax dollars at work.