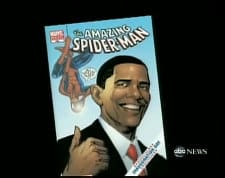 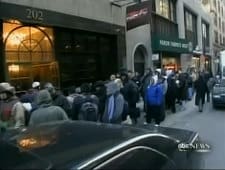 Nightline reported last night on the frenzy to get Spider-Man #583, the new edition featuring Barack Obama. I noted earlier that the cover of the comic was drawn by gay artist Phil Jimenez.

Previous Post: « Dolce & Gabbana by Steven Klein feat. Adam Senn from The City
Next Post: Gene Robinson to Maddow: ‘No One Had a Bigger Tent Than Jesus’ »