Mary Frances Berry, the former co-chairwoman of the United States Commission on Civil Rights, outlines the inequalities LGBT citizens suffer in an op-ed today in the NYT, calling on Obama to abolish the now “moribund” commission she once co-chaired and replace it with one that address the rights of LGBT people and other disenfranchised groups. A powerful piece: 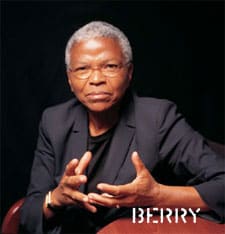 “The commission (launched by Eisenhower in ’57) conducted interviews and public hearings, prepared detailed reports and recommended new protections that would ultimately be passed in the form of the Civil Rights Act of 1964 and the Voting Rights Act of 1965. These laws embodied the goals of the protestors who marched, went to jail and died to end racial discrimination. The commission became what the Rev. Theodore Hesburgh, who was the chairman from 1969 to 1972, called the ‘conscience of the government’ on civil rights issues. There is no need to analogize the battle for the rights of gay and lesbian people to the struggle of African Americans to overcome slavery, Jim Crow and continued discrimination. But as Coretta Scott King said to me as she tried to imagine what position the Rev. Dr. Martin Luther King Jr. would take on ‘don’t ask, don’t tell’: ‘What’s the yardstick by which we should decide that gay rights are less important than other human rights we care about?’ The Commission on Civil Rights has been crippled since the Reagan years by the appointments of commissioners who see themselves as agents of the presidential administration rather than as independent watchdogs. The creation of a new, independent human and civil rights commission could help us determine our next steps in the pursuit of freedom and justice in our society. A number of explosive issues like immigration reform await such a commission, but recommendations for resolving the controversies over the rights of gays, lesbians and transgendered people should be its first order of business.”