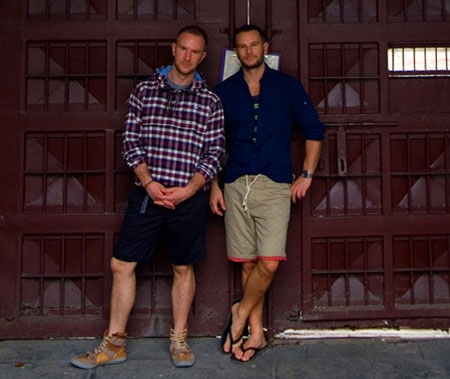 Twins Ben and Doug Burkman, known via their label as Burkman Bros., seem to be popping up everywhere these days, and they’ve just previewed their Fall 2009 collection for Cool Hunting. 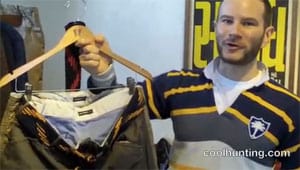 Clips, AFTER THE JUMP…

Cool Hunting writes: “The success of the line is due to three things: Doug and Ben design their own fabrics, which they have made at factories they’ve worked with for years; The clothes feel great. They are modern, masculine, comfortable and fitted—and feature nicely designed details that don’t get in the way but also don’t go unnoticed; and lastly the passion of the twins themselves (does that make four things?), who have honed their skills designing at Gap and use their passion for traveling as the inspiration for their collections.”

You may remember them from last year’s OUT 100. There’s also a really nice piece on the bros at A Continuous Lean.

It’s hard not to be charmed by their laid back approach, and it’s also quite cute that they address their garments as “he”.

The Brothers take you through their line, AFTER THE JUMP…