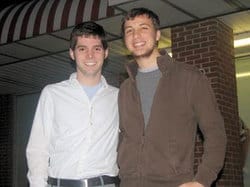 This week, Newark, 23-year-old Delaware City Councilman Ezra Temko introduced and got support from the City Council for an anti-discrimination ordinance based on sexual orientation and won support to add gender identity to the city’s non-discrimination clause in its personnel policy. He also got the Council to agree to research health benefits for the city’s domestic partners and the creation of a domestic partner registry.

And, on top of that, he came out of the closet publicly, in an interview with the Newark Post.

Said Temko: “I’m bi. I’ve dated girls before, but I’ve been with my boyfriend, Drew, since August and we’re planning to get engaged this summer. During college, I was in a very inclusive environment that embraced everyone, instead of accepting norms as legitimate on face value. I was able, in this environment, to explore who I was and realize that I’m bi-sexual. I always assumed I would end up with a girl; then I met Drew.” 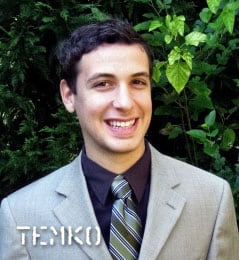 Temko explains what brought him to this point: “Nobody ever asked me about my sexual orientation and I don’t believe it has any bearing on my ability to serve. When I was running for council, I was single, so it really didn’t come up. Drew and I go to public events together and our relationship is fairly obvious on Facebook. I think everyone who would normally know I’m dating someone knows I’m dating Drew. When we started dating, it struck me how many rights we don’t have. I’ve always been very family oriented, so the limitations on our future made me recognize the level of privilege I had been assuming in my life, which motivated me to step up my advocacy in this area. From that, I began to see what states and municipalities around the country are doing and I asked myself, ‘Why isn’t Newark doing this’? I also was approached by a Newark resident who asked me to pursue a city ordinance prohibiting discrimination on the basis of sexual orientation and gender identity. Those two things led me to introduce my proposals on Monday.”

Sounds like Temko has a bright future ahead of him. Congrats.