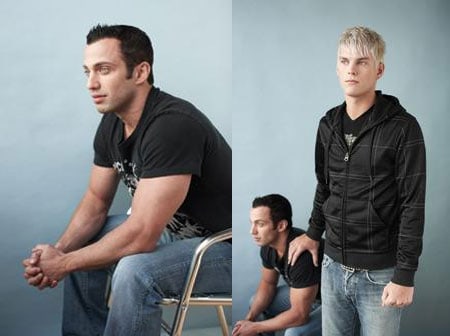 Vancouver gay bashing victims Jordan Smith and Charles McKay talk for the first time about the gang attack on them as they walked hand-in-hand down Davie Street in Vancouver last September.

Following the brutal attack, Smith’s jaw was wired shut for six weeks. Michael Kandola, who was arrested for the attack, is scheduled to appear in court in June. Last October, a judge upgraded charges against Kandola from assault to aggravated assault. 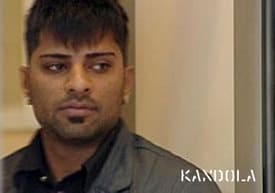 “According to Smith and the man he was holding hands with that night, Charles McKay, Kandola and four of his friends ‘swarmed’ them, yelling, ‘You fucking faggot!’ Smith says he barely had time to register they were in trouble when a punch knocked him to the ground, unconscious. ‘They hit him and he just fell over like a tree,’ McKay says in his first public interview since the incident. ‘They stood over him still, yelling things.’ Kandola’s lawyer offers a different version of events. Though he concedes there was ‘a tussle’ he claims video footage from that night suggests Smith turned back to confront his alleged attackers. And he maintains that Kandola never made any homophobic remarks. ‘He harbours absolutely no ill will towards the gay community,’ says lawyer Danny Markovitz.”

Says Smith: “It was obvious we were gay —two males holding hands. And from their language and their actions it’s pretty obvious it was a hate crime…It was a gang, basically. They all egged each other on. They were all part of it. There’s been no discussion of all the other people involved in that event. I wonder where they are?”

The bashing inspired a huge march in Vancouver. Watch it, AFTER THE JUMP…

‘No other word for it: it was a gaybashing’ [xtra]

Previous Post: « Jennifer Hudson: If This Isn’t Love
Next Post: Delaware City Councilman Ezra Temko Comes Out with a Flourish »