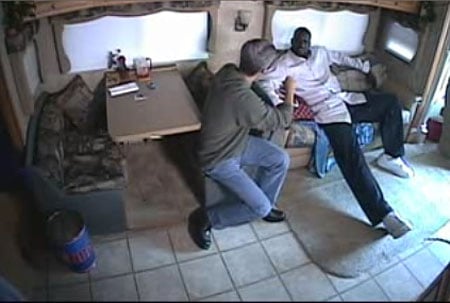 ESPN has produced a commercial for NBA on ESPN that, while not overtly bashing gays, contains undertones that can be construed as homophobic. The ad features NBA commenter Mike Breen and Shaquille O’Neal in the NBA on ESPN van. After Breen shoots a basket he asks Shaq for a fist bump which he calls a “fist kiss.” 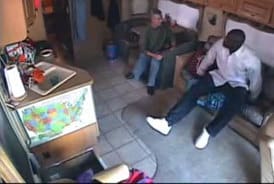 Replies Shaq while physically moving away from Breen on the sofa: “No fist kiss, no fiss love, no fist hump. None of that. You’re a weirdo man. Stay over there. Fist kiss. Disgusting.”

First of all, when has anyone ever called it a “fist kiss”? The term itself seems contrived simply for the dramatic purpose of causing Shaq’s “icky” reaction. Anyway, aside from all that, the commercial is moronic at best.

Former NBA player John Amaechi told AfterElton: “I think the ad is in poor taste; it just seems like another signal of yet another flagging, unimaginative, desperate, clutching-at-straws marketing department grasping for the lowest common denominator. It seems so out of character to ESPN ads of old. It makes me feel disappointed, but not angry in anyway…the ad itself is just too tenuous to even bother getting riled about. The character’s reaction to the “fist kiss” is of course homophobic, the subtext is that a man asking another man for any kind of kiss, even a ‘fist kiss’ should be met with repulsion – I am surprised Shaq went anywhere near this ad, given I don’t think that would be his true intention or belief; but as a player, I too would have disparaging words to say about someone calling ‘fist bumps’ anything like “fist kisses” – simply because it’s massively dumb .”