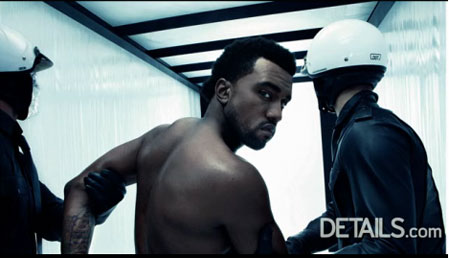 Kanye West tells Details magazine that the phrase “that’s so gay” should be made a compliment. 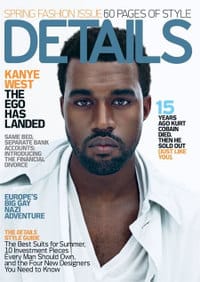 Says Kanye: “Titles are very important. I like to embody titles, y’know, or words that have negative connotations, and explain why that’s good. Take the word gay—like, in hip-hop, that’s a negative thing, right? But in the past two, three years, all the gay people I’ve encountered have been, like, really, really, extremely dope. Y’know, I haven’t, like, gone to a gay bar, nor do I ever plan to. But where I would talk to a gay person—the conversation would be mostly around, like, art or design—it’d be really dope. From a design standpoint, kids’ll say, ‘Dude, those pants are gay.’ But if it’s, like, good, good, good fashion-level, design-level stuff, where it’s on a higher level than the average commercial design stuff, it’s, like, gay people that do that. I think that should be said as a compliment. Like, ‘Dude, that’s so good it’s almost . . . gay.'”

Adds Details: “West’s friends and professional adjuncts, who quietly pass in and out of his loft throughout the day, start cracking up, and he leaves his chair for a bit of stand-up: ‘Dude, that’s so good it’s almost gay!’ ‘Dude, you pay real attention to detail—that’s almost, like, gay!’ ‘You had a whole conversation with that girl without bringing up sex? That was, like, gay!'”

Watch Details‘ interview with Kanye West, AFTER THE JUMP…

THE UNRAVELING OF KANYE WEST [details]