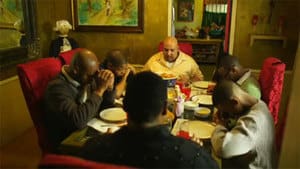 Now it’s been revealed that Los Angeles affiliate KNBC refused to air the same ad during the Super Bowl, claiming, like KABC did, that the NFL doesn’t air “advocacy” ads. However, it appears they lied:

GLAAD reports: “Despite this policy, other advocacy ads aired multiple times throughout the day’s NFL-controlled programming. Among the advocacy ads which did air were PSAs for TobaccoFreeCA.org and DontBeAnAsterisk.org, an anti-steroids advocacy campaign.”

Said John Ireland, of GetToKnowUsFirst.org: “We bought ads before, during and after the Super Bowl in ten markets across California. We planned this buy weeks in advance and heard late Friday that the NFL rejected our ads because they violate the NFL’s ‘no advocacy’ policy. I was truly stunned while watching the programming, to see that they had selectively blocked our ads, while allowing other advocacy ads to air.”

Previous Post: « Kerry Degman and Parker Gregory: Daytripping for Armani Exchange
Next Post: Simon Cowell: I am Not Gay »