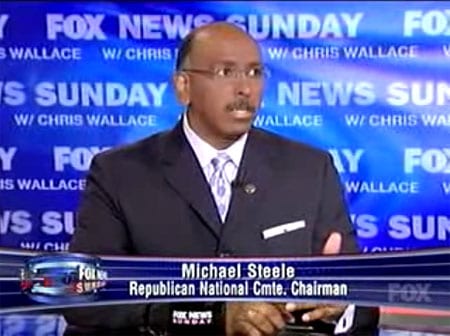 WALLACE: You are one of the co-founders of something called the Republican Leadership Council which supports candidates who favor abortion and gay rights.

WALLACE: Does the GOP needs to do a better job of reaching out to people who hold those views?

STEELE: I think — I think that’s an important opportunity for us, absolutely. Within our party we do have those who have that view as well as outside and my partnership with Christy Todd Whitman was an effort to build a bridge between moderates and conservatives.