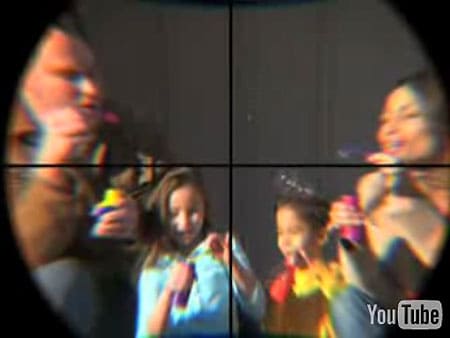 A “pro-family” group from Georgia called ‘Campaign Secrets’ has created an ad/infomercial alleging attacks on “traditional” marriage by gays which depicts a nuclear family targeted to be gunned down through the sniper scope of a rifle. 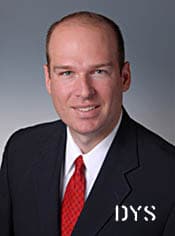 The ad says, “Marriage began in the heart of God, and he designed it perfectly. For one man, and one woman, a husband, a wife, a family. The building block of every community, very culture, every race, every nation.”

The ad is directed at West Virginians, to let them know that marriage is not clearly defined in their constitution, and is linked to the site www.wvformarriage.com.

The move comes as religious conservatives plan a push in the West Virginia legislature for a constitutional amendment banning same-sex marriage:

“The site, wv4marriage.com, was launched last month and features an online form so clergy can report their results. While the site’s owner is not apparent from its pages, the contact listed on its domain registration is CampaignSecrets.com, a Georgia firm that bills itself as ‘focused exclusively on electing Republicans to local office.’ Officials with the company did not respond to requests for comment Friday. Asked whether the Family Policy Council was involved with the new Web campaign, council President Jeremy Dys said he was aware of it. ‘I know who they are and I’ve been in contact with them,’ Dys said during a Friday phone interview. ‘Stay tuned on that.’ Dys later said his group controlled the site, and said he contracted with the GOP-aligned company for the necessary Web-hosting services because of its affordable rates.”

Watch the web video, AFTER THE JUMP…