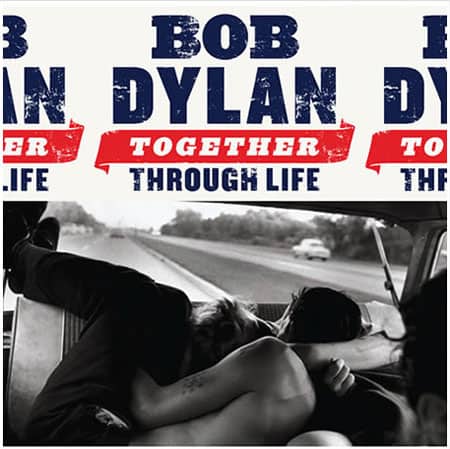 Some around the blogosphere are saying that the 1959 Bruce Davidson photo from his Brooklyn Gang series which appears on the cover of the new Bob Dylan album is a shot of two men kissing. While it's certainly an intriguing and exciting possibility, others familiar with the entire series of photos say it's a girl who appears in other photos from the same session. Still, a beautiful, carefree, ambiguous photo.