A new poster for the long-in-production and much-anticipated Spike Jonze-directed adaptation of author Maurice Sendak's children's classic Where the Wild Things Are has hit the web.

The movie, which has experienced some lengthy delays, has a release date of October, but its trailer is rumored to appear in front of the upcoming Monsters vs Aliens.

Last September, Sendak gave a rare and heartfelt interview to the New York Times in which he publicly acknowledged his sexuality and mourned his longtime partner. The interview offered some insight into some of the secrets kept in Sendak's own childhood. Said the author, regretfully: "All I wanted was to be straight so my parents could be happy. They never, never, never knew."

Check out the great one-sheet for Where the Wild Things Are, AFTER THE JUMP… 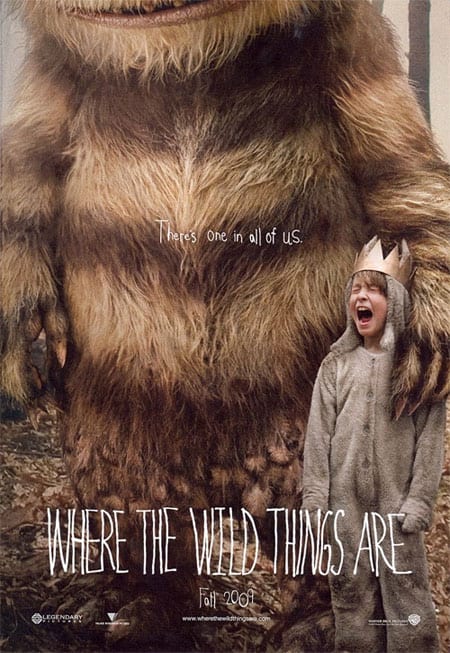