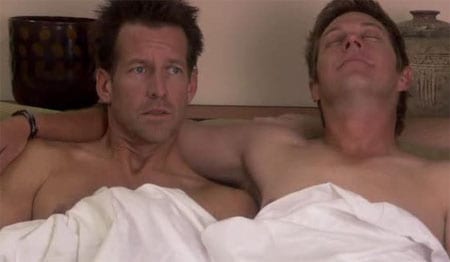 Maybe if Marc Cherry's fantasy has its way. Details, AFTER THE JUMP… 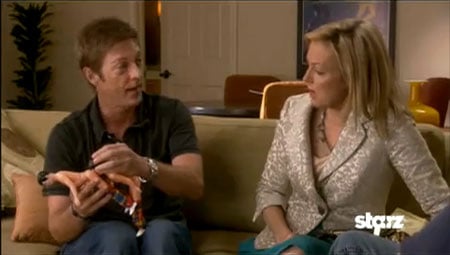 On Starz channel's celebrity therapy show Head Case on Friday, creator Marc Cherry and actor Kevin Rahm attempted to convince James Denton of the direction his character might go. They later disrobed and did a bit of acting out, which isn't in the clip below.

Head Case is a meant-to-offend comedy about Hollywood therapist Dr. Elizabeth Goode and various celebrity clients she takes on week to week. Goode's schtick is to make her clients believe she has issues they really don't.

Actually, where else does the show really have to go? They've played out just about every other scenario.