It's hard to believe things could get worse for the bungled "No on Prop 8" campaign in hindsight, but it appears they have. Over the weekend, fury re-erupted across the gay blogosphere following a report on the recent "No on 8" Town Hall in the Bay Area Reporter. The fury is centered around a letter to the Alice B. Toklas club from Barack Obama expressing the candidate's disapproval of Proposition 8. It was a letter that was never used. Revelations emerged from the meeting about the decision not to use the letter: 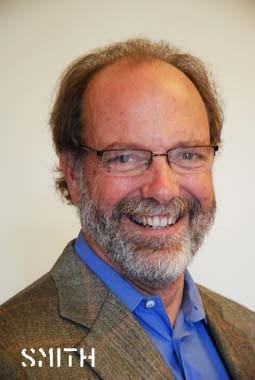 Bay Area Reporter: "[Consultant Steve] Smith also acknowledged that the campaign should have usedthen-presidential candidate Barack Obama's stated opposition to Prop 8.Instead, little use was made of Obama's opposition in a letter last June to theAlice B. Toklas LGBT Democratic Club, and right before Election Day the Yes on8 campaign sent out a mailer featuring Obama's image and quotes that he isopposed to same-sex marriage. 'That was a close call,' Smith said. 'Maybewe should have.' Smith said that people outside the Bay Area wouldn't knowwhat the Alice Club was, but club Co-Chair Susan Christian spoke up and saidthat in fact, Obama's letter to the club been widely reported, including in theNew York Times. 'I think we lost this campaign because of an approachthat didn't recognize 'we are everywhere,'' Christian said."

The revelation prompted outrage from blogger/activist Michael Petrelis who wrote: "How nauseating to know that Smith, whose firm received hundreds ofthousands of gay dollars for their expertise, is such a lazy thinker. Instead of touting who the letter was from, all Smith saw was who the Obama was addressed to. Itshouldn't have mattered who received the letter, just that it was fromour likely next president and would have done much to influenceminority and independent voters to cast no ballots on Prop 8."

Dan Savage of Slog had harsher words for Smith: "YEAH, THAT MIGHT'VE BEEN A GOOD FUCKING IDEA, YOU STUPID ASSHOLE."

Meanwhile, Equality California sent out an email to its list over the weekend accompanied by this blog post, asking supporters for more money and a second chance. It remains to be seen whether that will be offered.

I've posted the full text of the Obama letter, AFTER THE JUMP...

Thank you for the opportunity to welcome everyone to the Alice B.Toklas LGBT Democratic Club's Pridc Breakfast and to congratulate youon continuing a legacy of success, stretching back thirty-six years. Asone of the oldest and most influential LGBT organizations in thecountry, you have continually rallied to support Democratic candidatesand causes, and have fought tirelessly to secure equal rights andopportunities for LGBT Americans in California and throughout thecountry.

As the Democratic nominee for President, I am proud to joinwith and support the LGBT community in an effort to set our nation on acourse that recognizes LGBT Americans with full equality under the law.That is why I support extending fully equal rights and benefits to samesex couples under both state and federal law. That is why I supportrepealing the Defense of Marriage Act and the "Don't Ask Don't Tell"policy, and the passage of laws to protect LGBT Americans from hatecrimes and employment discrimination. And that is why I oppose thedivisive and discriminatory efforts to amend the CaliforniaConstitution, and similar efforts to amend the U.S. Constitution orthose of other states.

For too long. issues of LGBT rights have been exploited bythose seeking to divide us. It's time to move beyond polarization andlive up to our founding promise of equality by treating all ourcitizens with dignity and respect. This is no less than a core issueabout who we are as Democrats and as Americans.

Finally, I want to congratulate all of you who have shown yourlove for each other by getting married these last few weeks. My thanksagain to the Alice B. Toklas LGBT Democratic Club for allowing me to bea part of today's celebration. I look forward to working with you inthe coming months and years, and I wish you all continued success.