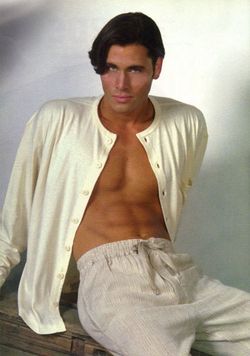 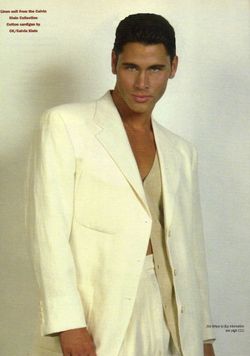 Former Project Runway contestant Jack Mackenroth posted some shots from a 1993 Genre magazine article for which he had modeled. Genre, it was reported late on Friday, has suspended publication.

Jack writes: "Oh the horror!! The photos are so quintessentially 90’s. My hair is a
human atrocity. And the clothes. GOD. Oh well. Not a good fashion
moment for me or the world but I still look pretty good now considering
that was 16 years ago. Work the Calvin Klein linen honey!"

He adds: "It is interesting to think that I was already HIV positive back then. I
was looking through the rest of the issue and there was a page on AIDS
treatment at the time. It’s scary because there was really nothing
available. AZT was controversial, D4T was moderately effective and
protease inhibitors were not even approved yet. They eventually proved
to be a literal lifesaver for many people. We have certainly come a
long way in that arena as well. Thank god."

Check out a few more at his blog.