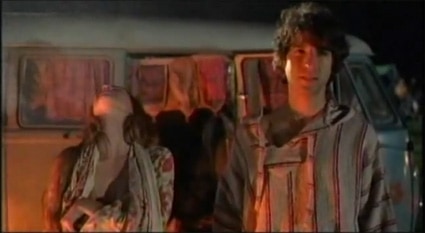 by Elliot Tiber, with Tom Monte. 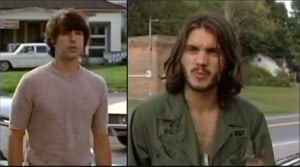 Taking Woodstock tells the story of Tiber, the gay man who helped facilitate Woodstock, providing the permit that made the Festivalpossible, as well as the eventual location on his milkman Max Yasgur'sfarm.

Emile Hirsch talked about the mudslide scene (below) last year, to EW: "The mud's pretty cold. It's later in the year than it was duringWoodstock. We were all shivering, and we had these silver-foil spaceblankets that miraculously keep you really warm…I did a Supermanslide down a hill, and started turning on my back. I was covered inmud. I think there was pig crap mixed in, because we all smelled likecrap."

Check out the trailer AFTER THE JUMP, which Demitri Martin introduces in his trademark drawing style… 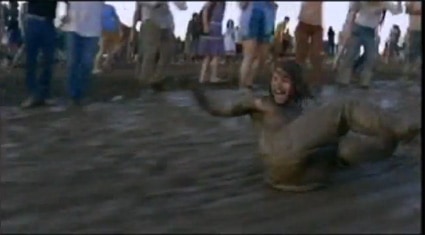