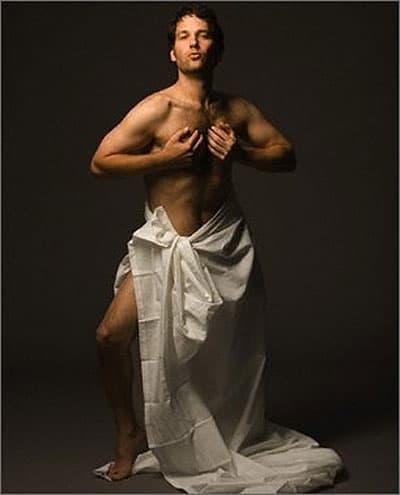 Paul Rudd talked to EW a little bit about himself:

"I always thought I'd be a really good gay guy. I love American Idol. I watch Antiques Roadshow
like crazy. Guys like Oscar Wilde, Stephen Fry, Elton John — they're
all very bright, with a razor-sharp wit. David Sedaris — who's funnier
than David Sedaris? The Saturday Night Live that I
hosted was such a gay-heavy show. But it didn't even cross my mind
until after. The family that kept kissing each other — I didn't even
think of that as being gay…I remember doing interviews for The Object of My Affection, and
people would say, 'What was it like to kiss a guy?' Like it was such
a shocking thing. I said, 'How many times does anyone ask, 'You had to
shoot somebody. Was that weird?'' I love gay guys. I feel pretty gay.
I'm certainly not the most macho guy in the room."

Rudd's bromance I Love You, Man, made $18 million over the weekend to come in second place after the Sci-Fi thriller Knowing.