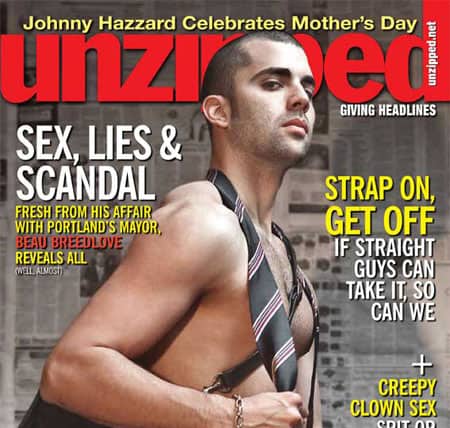 Beau Breedlove, the former legislative intern whose involvement with Portland Mayor Sam Adams caused an uproar in January during which many people called for Adams' resignation (the mayor rightfully said he deserved due process and ultimately stayed on), recently announced he was posing for Unzipped magazine. That issue is nearly here, but its cover precedes it.

Check out the full cover, AFTER THE JUMP…

For more on the issue, click here (site probably nsfw).