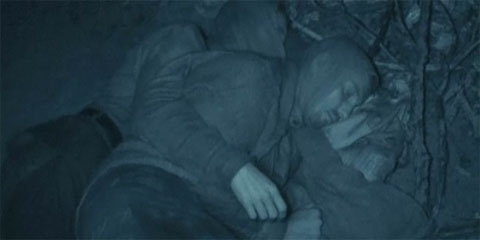 Forget the fact that the gay Survivor contesant Spencer was kicked off the show a while back. The Survivor: Tocantins producers turned a rainy night for two presumably straight male contestants on Exile Island into an innuendo-laden Brokeback-style adventure. After Brendan presents Stephen with the gift of a snakeskin boa, they spend the night spooning together. The producers go so far as to compare them to two copulating frogs. 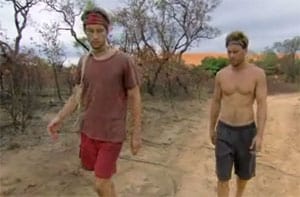 Says Stephen: "I have never been so close to another man. He and I spooned for all we were worth. Nothing could prepare me for lying against a hunk of man."

Says Brendan: "The night Stephen and I had out here on Exile was probably the worst night I've had. So we huddled up and spooned all night and had a great bonding experience…And that's the one really cool thing about Exile it's just a bonding experience far greater than what could happen back at our tribes." 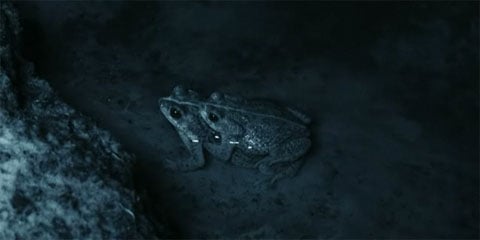 Previous Post: « Gay Rights Advocates Have Great Day at Delaware Legislature
Next Post: ‘The World’ Comes into View Off the Coast of Dubai »