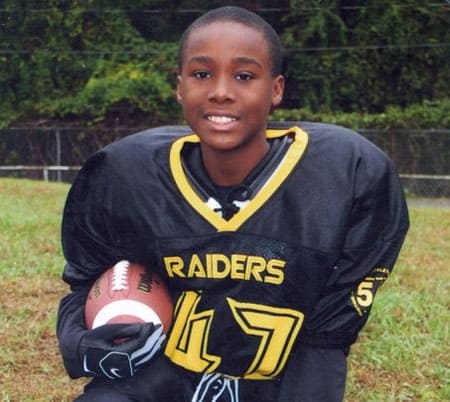 Last Friday I mentioned Eric Mohat, the late Ohio high school student whose parents are suing the school for its complicity in bullying they say led to the suicide of their son.

"Two days after the worst day of her life, when she found her 11-year-old
son had committed suicide by hanging himself, Sirdeaner L. Walker said
on Wednesday she wants the bullying to stop. She found Carl Joseph Walker-Hoover (above) hanging by an extension cord on the
second floor of their 124 Northampton Ave. home Monday night after he
had endured another day of taunting at New Leadership Charter School,
where he was a sixth-grader, she said…She phoned the school repeatedly since Carl began attending in September but the bullying continued, she said. Other students made him a target, daily calling him gay, making fun of how he dressed and threatening him, she said"