In 1971 pioneering gay rights activist received a letter condemning
homosexuality as "sexual perversion" from the White House Office of
Personnel Management after protesting the firing of a gay employee
there. Last week, Kameny was invited to the swearing in of John Berry,
the openly gay man recently confirmed to head that office. How times have changed. 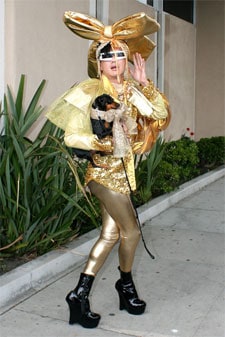 Aretha Franklin thought she had the biggest bow hat of the year.

In an unusual defeat, Madonna returns to London.

North Dakota House rejects legislation (54-34) banning discrimination in housing, employment and credit based on a person's sexual orientation: "Rep. Corey Mock, D-Grand Forks, one of the six sponsors of the bill,
noted that 20 other states already have laws barring discrimination
against gays and lesbians. In those places, he said, the laws do not
grant special rights, privileges or legal immunity for sexual deviants,
as some bill opponents have claimed would happen here. 'There
is not a person in this chamber that is not related to or friends with
someone that would be affected by Senate Bill 2278,' he said. 'That
means people we know and love may be evicted, denied services or
terminated because they are gay, straight, bisexual or transgendered
with no regard or consideration of merit.'" 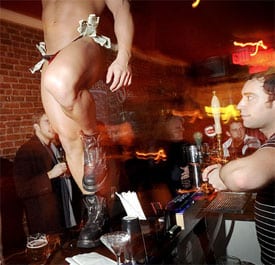 NPR on Tony Dungy's invitation to join Obama's advisory council for the White House Office of Faith-Based and Neighborhood Partnerships. 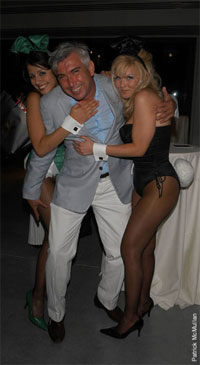 Former Playboy fashion director Joseph DeAcetis sues magazine: "In a $4 million Manhattan Supreme Court lawsuit, Joseph DeAcetis
(pictured), 45, says his boss often 'made fun' of him because he was
gay and his hair was gray. The suit says editorial director Christopher Napolitano called him and other gay men 'girls.' A Playboy Enterprises spokeswoman, Elizabeth Austin, said the
company 'takes these allegations very seriously' and was conducting its 'own investigation.'"

Jimmy Carter's former Secretary of the Army, Clifford Alexander slams "Don't Ask, Don't Tell" policy and Elaine Donnelly's crusade against its repeal: "Alexander called the officers' statement 'nonsense' and said the officers were 'like lemmings to the sea' and "those who would sign a petition like this without evidence are acting without facts."