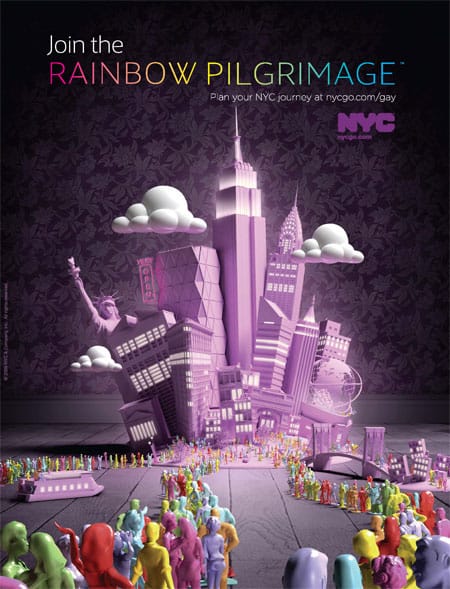 Openly gay New York City Council speaker Christine Quinn and NYC & Co today launched the city's first-ever gay-specific multi-media tourism campaign as part of a yearlong initiative recognizing the 40th anniversary of the Stonewall uprising. Rainbow Pilgrimage, as the campaign is dubbed, "will emphasize a visit to the destination as a 'rite of passage' for the gay and lesbian traveler" and is accompanied by a microsite intended to facilitate travel to the city.