NYT reports 25 gay men have been executed in Iraq in past two months. Vigils to be held for slain gay Iraqis in New York this Friday and in London next Thursday. 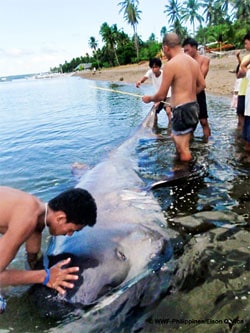 Columbia, Missouri City Council passes domestic partner law in unanimous vote: "The legal recognition can allow partners to participate in health care
decisions, burial arrangements and other matters. The law is not
equivalent to legalizing same-sex marriage, and City Councilwoman
Barbara Hoppe pointed out that private employers don't have to follow
the registry."

Tony Blair: Pope wrong about gays. "There are many good and great things the Catholic Church does,
and there are many fantastic things this Pope stands for, but I think what
is interesting is that if you went into any Catholic Church, particularly a
well attended one, on any Sunday here and did a poll of the congregation,
you'd be surprised at how liberal-minded people were."

NPR's Terry Gross talks to Mike and Mel White from The Amazing Race. 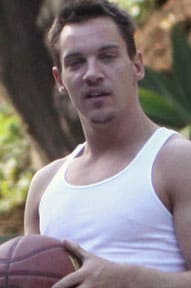 Jonathan Rhys Meyers gets his game on.

In Nebraska, Barbara Baier advanced to the general election in her bid to retain her seat on the school board in Lincoln. She is the state’s only openly LGBT elected official.

Margaret Paul was elected alderman in the City of Berwyn, Illinois.

Ian Somerhalder looking more like a vampire every day.

I saw what you did: don't try to slip anything past the Jackdaw.

Or this guy: the dude from Fringe. 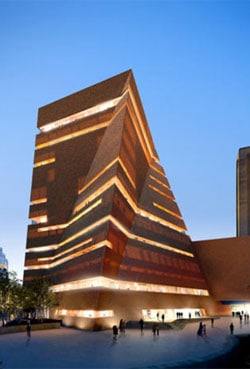 Swiss philosopher Tariq Ramadan causing controversy in Rotterdam over his defense of a "European Islam" and his perspective on gays and the role of women in society.

Gay families get invite to White House Easter Egg roll: "White House officials said that tickets for Monday's Easter Egg Roll
event were distributed to gay, lesbian, bisexual and transgender
organizations, but did not specify how many or to which ones.
Representatives from Family Equality Council, Human Rights Campaign,
National Gay and Lesbian Task Force and other groups confirmed they
were invited and encouraged to have their members participate. 'The
Obama administration actually reached out to us as an organization, and
said we want gay families there, and they are an important part of the
American family fabric,' said Jennifer Chrisler, executive director of
the Boston-based Family Equality Council, which is helping spearhead
the effort to organize families to attend."