Tony Dungy, anti-gay former head of the Indianapolis Colts, is asked to serve on Obama's Advisory Council on Faith-based and Neighborhood Partnerships. 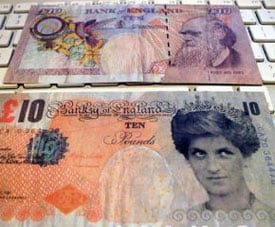 Man pays for car wash with Banksy bill: "This chap gave us the note and said 'keep the change – it's worth a lot more than ten pounds!'."

First photo of Mercy as paparazzi trails Madonna in Malawi.

"A fuller answer is needed.": The SF Chronicle on the case of Shirley Tan and Jay Mercado and the need for the Uniting American Families Act to pass.

No fooling: DVD-quality workprint of X-Men: Wolverine leaks to the internet.

Wanda Sykes gets new show on Fox: "The Sykes show, which is expected to launch in the fall, would fill the void left by the recently canceled sketch series 'MadTV.'

Hourlong show would air at 11 p.m. According to Broadcasting & Cable, which first broke the news, the Sykes skein would look more like a panel series similar to Bill Maher's HBO show, as opposed to a regular talker.

Beyond the topical panel discussions, the series also will follow Sykes as she shoots field segments." 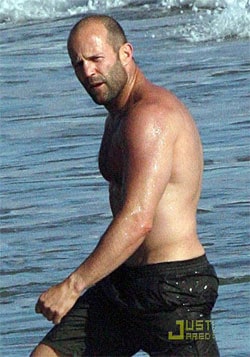 Jason Statham cools off in Malibu.

Joe the Plumber still doesn't know crap about anything.

Endangered wildlife "camera traps" will soon tie in to Google Earth: "Cameras equipped with infrared triggers, known as camera traps, are
used to identify, count and observe larger mammals in isolated areas.
Now researchers from Earthwatch are adding the latest images from their
camera traps in Ecuador's cloud forests to Google Earth. They
hope to raise awareness of endangered species, encouraging donations
and attracting tourists to the region to support conservation efforts."

How 'bout some beefy Mehcad Brooks? 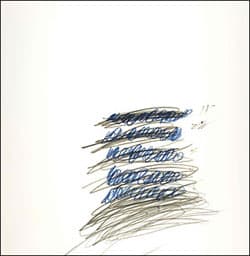 Who knew that filmmaker John Waters is a fan of the often inscrutable fine art doodler Cy Twombly?

Soap opera Home and Away's lesbian kiss causes stir in Australia: "About 20 people gathered in Melbourne's Federation Square for a mass 'kiss-off' as the episode went to air on Tuesday night, despite an
announcement by broadcaster Channel Seven that the programme would be
shown in its entirety."