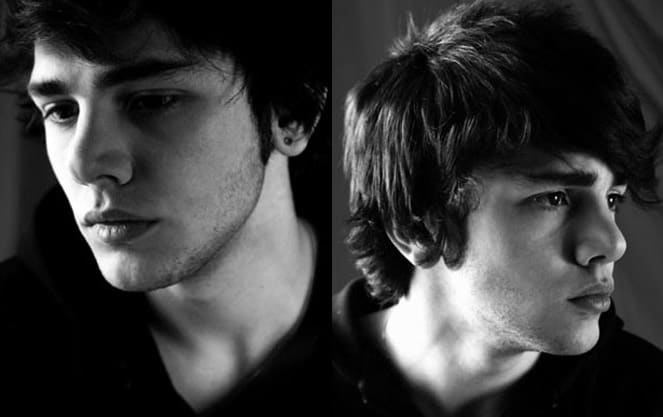 One of the under reported stories from last weekend's Cannes wrap up was the success of the gay auteurs. Two lesser-known gay filmmakers walked away with major honors. The Philippines most prominent auteur Brillante Mendoza was the lucky recipient of the jury's most controversial decision: he was named Best Director for the shockingly violent dismally reviewed Kinatay. Roger Ebert actually thought it 'the worst film in the history of the Cannes film festival.' The second winner was Actor Xavier Dolan-Tadros (head shots above) who wrote, directed and starred in J'ai Tué Ma Mère (I Killed My Mother) when he was only nineteen. Cut to: One year later. His semi-autobiographical movie about a gay teenager's difficult relationship with his mother netted an incredible three prizes at the world's most prestigious film festival. You can see an interview with Xavier here.  And in case you missed it over the holiday weekend: all the Cannes winners. 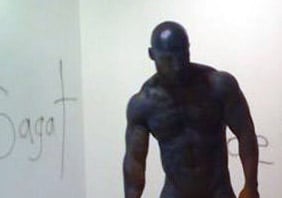 The answer, AFTER THE JUMP…

John Cameron Mitchell (Hedwig, Shortbus) begins filming Rabbit Hole in New York next week. It's an  adaptation of the Broadway hit about a grieving family. Nicole Kidman takes over the role that won Cynthia Nixon a TONY on Broadway.

François Ozon (8 Women, Swimming Pool)will have a new film on US screens next year. His films usually havequeer elements but in his latest it's only (possibly) in themetaphorical sense. Ricky is a fantasy film in which a family struggles to deal with their very unusual child. He's got wings, you see.  Here's the trailer.

Gus Van Sant might take a while to deliver a follow up to Milk (Sean Penn, on the other hand, is busier than ever). Van Sant has two pictures in development including an adaptation of the 60s psychedelic drug novel The Electric Kool-Aid Test with a screenplay by his Oscar-winning Milk partner Dustin Lance Black. In the meantime he's made a new short which will be screened at the Worldwide Short Film Festival next month. 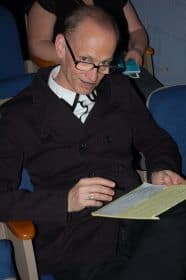 John Watershas no new films on the radar (Fruitcake was having financing problems) but he's been touring with his one-manshow "This Filthy World" and he's always in demand for public appearances. Earlier this month at the Maryland FilmFestival (pictured right) he introduced a screening of the sexually adventurous french musical LoveSongs quipping that it was "a great gay recruiting film" Have you seen that film yet? I wasn't won over at first but it sure is sticky.

Christine Vachon is not an auteur. But I'm pretending she is for a turn around / wrap up to this post. As a producer she shepherded so many gay films to the screens over the years (Boys Don't Cry, Hedwig, Go Fish, Velvet Goldmine, I Shot Andy Warhol, Stonewall) that she became a true titan of GLBT cinema. But what is "Queer Cinema" in 2009? She rejected the labels in an interview this week

What is queer cinema to you? Do we need it anymore or are the plentiful supporting gay characters (and very occasional leads) in mainstream film and television more than enough? 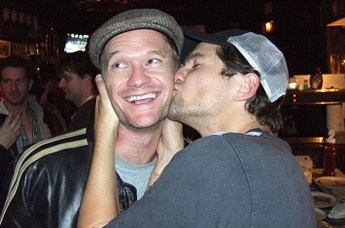 Just a reminder that Joss Whedon's web phenom Dr. Horrible's Sing-Along Blog arrives on DVD (again) next Tuesday. I've seen the new DVD and its extras (including the very meta "Commentary! The Musical") and I highly recommend. The ridiculously charming and talented Neil Patrick Harris plays the title character, a lovelorn singing supervillain. Watch him practice his evil laugh on Tuesday and then watch him host the TONY Awards on Sunday. It's a double dose of Neil Patrick Harris. The first week of June is Neil Patrick Harris week. Pass it on!