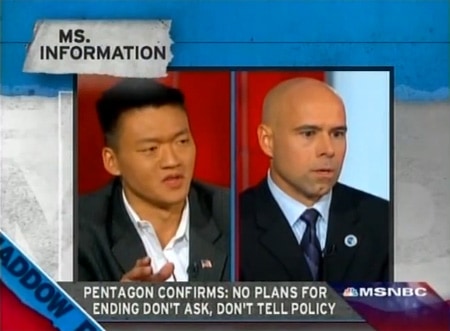 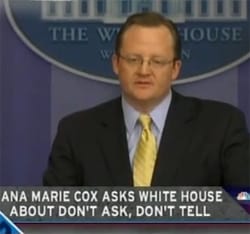 Gibbs then went on to say that Obama is working with the Secretary of Defense and the Joint Chiefs of Staff to "make [the repeal of Don't Ask, Don't Tell] happen", when in fact a Pentagon spokesman said yesterday that there were no plans to repeal the policy.

Said Pentagon spokesman Geoff Morrell to CBS News: "The secretary has not asked his service chiefs, his servicesecretaries, his combatant commanders, anything of that sort to, sortof, start to — to do, you know, polling on that matter."

Rachel Maddow continues her excellent reporting on the topic, AFTER THE JUMP…