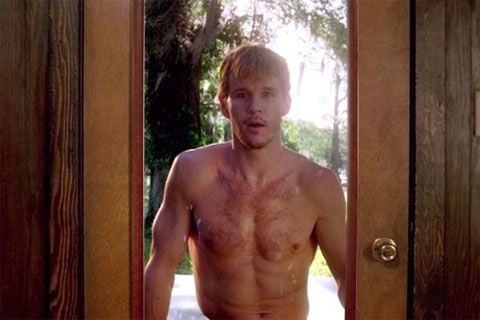 "Jason is very much the hot guy in town who is a total womanizer, I think once we started to flesh him out, no pun intended, he is sexually compulsive, but he’s been a scared little boy who has been abandoned by everyone who he’s ever loved, getting him involved in an addiction story line, also having him fall in love. He mostly high out of his mind the whole time and also losing the woman he loved. In the second season I think he is very much aware of a deep hole he has in his soul, as many people do, he latches onto religion and becomes part of an organization makes him feel good, special, like he’s good at something and gifted at something and that really means a lot to him, but of course as time goes on, he realizes that the organization he’s involved with have anything to do with the fundamental message of Jesus. Lets just say Jason cant keep his clothes on for too long."