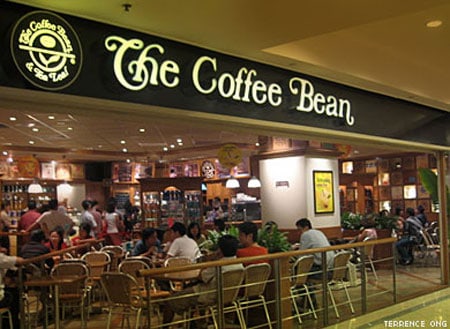 The Advocate (via UniteTheFight reports) on censorship at The Coffee Bean & Tea Leaf, which operates hundreds of locations, mainly on the west coast:

"Phillip Minton of
Unite the Fight — a group trying to overturn
California's Proposition 8 – had booted up his laptop
on Thursday at a Coffee Bean location in Los Angeles
and was informed he couldn't access sites like Pam's
House Blend and Towleroad due to 'sexuality.'
According to commenters at Unite the Fight's website,
ex-gay sites for groups like Exodus and Parents and Friends
of Ex-Gays are accessible on Coffee Bean's Wi-Fi
service. In his post,
Minton wrote, 'Naturally, I wrote a rather angry e-mail
[to Coffee Bean's corporate office in Los Angeles] telling
them they need to do a better job determining what is
porn or 'adult' from what is a news or editorial blog.
If I typed in 'heterosexual,' would the sites pulled
up be blocked? I doubt it.'"

The Wi-Fi provider, OpenDNS, claimed the block comes from The Coffee Bean & Tea Leaf, and not the WiFi provider. Unfortunately, this practice is all too common. Many corporations censor LGBT websites because they are automatically deemed sexual or adult in nature.

Would love to know where else we are blocked. Let us know in the comments.