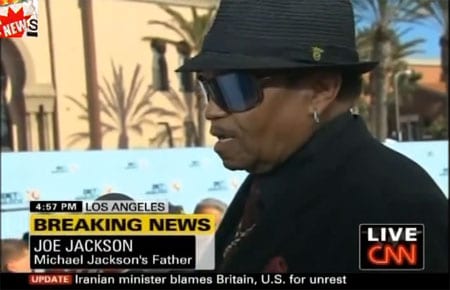 Joe Jackson, Michael's father, attended the BET Awards tonight, giving an interview to CNN's Don Lemon. Jackson had his publicist read a statement on behalf of himself and his family about his son's death, and took the opportunity (3:12) to announce Ranch Records on Blu-Ray, his new business venture.