This weekend's new releases feature plenty of big stars doing what we expect of them: Eddie Murphy works the family comedy for Imagine That  and Denzel Washington and John Travolta go mano a mano in the remake of The Taking of Pelham 1 2 3 but I must suggest a film that's a little further from the multiplex, and that's Duncan Jones's Moon. It also features a cameo from Sam Rockwell's moon but if you've seen Lawn Dogs or Confessions of a Dangerous Mind, you've seen plenty of Rockwell already.  Most of the press surrounding Duncan Jones's directorial debut is that he is actually the son of rock legend David Bowie. This is an unfortunate distraction as the film has no relationship to Ziggy Stardust or any Spiders From Mars and it's actually quite good.

It's the story of a helium miner "Sam" (Sam Rockwell) working alone on the Moon. His only companion is a robot named "Gertie" (voiced by Kevin Spacey)…

…and with only weeks left on his three year contract he's starting to lose it from the isolation. Three years is a long time without direct human contact. Sam's discussions with his wife are time delayed and Gertie is pleasant but limited. Sam has started to let himself go and he might even be seeing things. One day on a trip to the helium mine things go awry and his rover crashes. He wakes up back in the base, with Gertie caring for him but things are no longer as they once were. He isn't alone and the new resident looks exactly like him. Pssst, I haven't given anything away that the trailer doesn't. But I won't go any further since Moon is best left to discover for yourself.

Sam Rockwell is an acquired taste, neither traditionally movie star handsome or always likeable onscreen, but this role fits like a glove dirty spacesuit. His everyman accessibility and lack of vanity are perfect fits for the challenging and yes, multiple role.  Once Sam is acting with Sam as "Sam" (are you following?) the movie takes off into very interesting terrain. For those who like their science fiction with a little science, or their movies with plenty of conversation fodder for a dinner after the screening, Moon will be tough to beat this year.

Bonus Features: Best of the Year 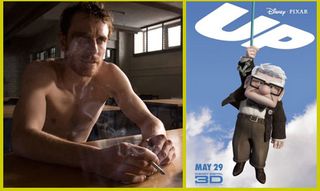 If Moon hasn't opened in your city just yet, there's time to catch up on releases you may have missed. Movie love is a subjective affair but my personal favorite film experiences of 2009 (in no particular order) include Pixar's predictably stellar Up, the hair metal doc Anvil! The Story of Anvil, the underappreciated caper Duplicity, the magical Coraline, and Star Trek, rebooted. Finally, two 2008 festival holdovers were well worth the wait: Tilda Swinton's tour de force in Julia is unpredictable and electric and the British import Hunger with rising star Michael Fassbender (300) is a must for anyone who cares about cinema as an art form… but watching it with a tub of popcorn is ill advised. 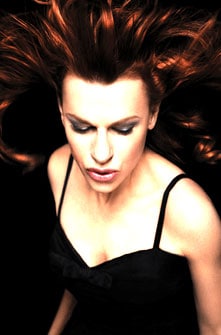 I had the pleasure of taking in Sandra Bernhard's 20th/21st anniversary Without You I'm Nothing concert last night at Town Hall. The classics are always great but she mixed in more recent material as well, keeping the night away from mere nostalgia. Kathy Griffin may have stolen Bernhard's thunder this decade in the extremely specific 'being a celebrity whilst making fun of celebrities for the gays' niche but Bernhard's work has always had more of a cerebral side with a rock and roll edge. There's room for both of them. Included in the new material were shots at A-Rod, Mr and Mrs Ashton Kutcher on Twitter and, yes, Madonna (apparently Sandra's never going to let that grudge go), the highlight being a confessional about her secret torrid love affair with Brad Pitt culminating in a hilarious reworking of Dolly Parton's classic Jolene… "Jolie, Jolie, Jolie, Joooolllliiieeee… I'm begging of you please don't take my man. Please don't take him just because you can."  [Another much more detailed take on last night's event over at Boy Culture if you're interested]

Today, after the show she was still on it, tweeting like so…

For those who take things too literally, we know that Sandra was not embroiled in a passionate affair with the golden god because she's never appeared in a Melissa Etheridge video. I've been a Pitt-ologist for years so I've researched the matter long ago. That's what Brad's girls do before the split: Juliette Lewis "Come to My Window", Gwyneth Paltrow "I Want to Come Over" and Jennifer Aniston "I Wanna Be In Love". Just this week there was another round of 'It's the End for Angelina and Brad' speculation. I think it's safe to ignore… only Melissa Etheridge can predict that future.