The new New York State Senate President Pedro Espada, Jr., who took power in the coup that occurred yesterday afternoon, said today that he would like to see marriage equality brought to a vote in the state. Senator Majority Leader Dean Skelos "said he and Mr. Espada would discuss the issue of same-sex marriage and other matters later on Tuesday" according to City Room. 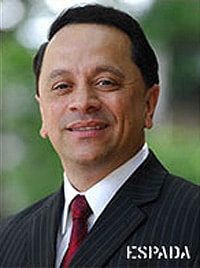 Said Espada Jr.: “I am for same-sex marriage. There will be no
guarantees and no quid pro quos, I think there will be a vote of
conscience of the senators. And with my partner in government, Senator
Skelos, we have not discussed bringing it out to the floor. I’m
expressing my own personal desire to see a full debate and decision on
this matter.”

Empire State Pride Agenda executive director Alan van Capelle issued a statement earlier today calling for a vote on marriage and other items related to LGBT rights: "Our issues are not
partisan issues. They are about equal rights for hundreds of thousands
of New Yorkers who are treated like second class citizens. Our hope and
expectation is that yesterday’s events will not derail efforts by our
community to win the equality we so desperately need. It is
time to bring marriage equality and these other LGBT issues to the
Senate floor for votes and have members vote their conscience. We urge
the Senate to schedule these votes as soon as possible before the end
of the legislative session.”