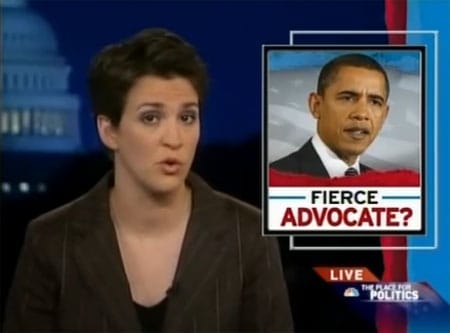 Said Maddow: "It's the first cast to feature the Obama administration arguing at the Supreme Court against a gay soldier in favor of DADT, telling the court the policy is 'rationally related to the government's legitimate interest in military discipline and cohesion.' I wonder what his record would be like so far if he weren't such a 'fierce advocate' for gay rights?"