As you may know, there's an LGBT reception celebrating Stonewall today at the White House. It has been criticized by some bloggers as a photo-op meant to gloss over the lack of inaction by the President on campaign promises he made to the gay community. It will be streamed live HERE at 4:25 EDT, according to the White House blog.

Americablog has likely been the loudest detractor: "Now, we keep hearing that the noble people who are going on Monday are
planning to talk about issues and really let the White House know we've
got problems. That's BS. Many of them had a chance two weeks ago in the
Oval Office to tell the president what they thought, and how many of
those groups let him have it? This is a show-off event for the
star-f*ckers, and it's a chance for the Obama administration to use our
community's 'leaders' for some much-needed CYA. They'll show the world
how much they really do love the gays, after all, they gave them
champagne! The White House is taking full advantage of this." 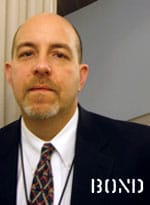 "To me, today’s event is more than just a reception honoring LGBT
Pride month.  It is an opportunity for the Administration to provide
the world with a snap shot  of the real heroes across the country that
do the day-to-day work fighting for equality. People like State
Representative Patricia Todd in Alabama to Sheriff Lupe Valdez in
Dallas, and may other local LGBT elected officials that will be here
today.  And it’s people – ordinary families – that by simply living
their lives openly are changing hearts and minds.  It is also an
opportunity to welcome the people upon whom shoulders we stand, people
like Frank Kameny, as well as Phil Wilson, Bishop Robinson and
Ambassador Hormel, who I know personally, and those who stood up to
bigotry at Stonewall.  I really wish people like Bayard Rustin could be
standing here with us today.  He would be up for the fight ahead of us
and proud of the place we now stand. People may not know this, but there hasn’t been a significant event
since the President took office that hasn’t included the LGBT community
— discussions on the economy and the recovery, or health care — but
this event is special to me and to many of the people that haven’t been
here for many years."

David Mixner had some good advice last week for those attending the event.

On a personal note: I was invited late last week as a 'plus one' one of the invited guests to this event, and received a late request over the weekend from someone else to reconsider. After some thinking about it and discussion with close friends about whether it would be proper to attend with the attitude of "bringing the message to Obama," I decided against it. While I would love nothing more than to go to the White House and meet the President for a celebration of LGBT people, I'll look forward to the day that happens when we aren't still relegated to the back of the bus.