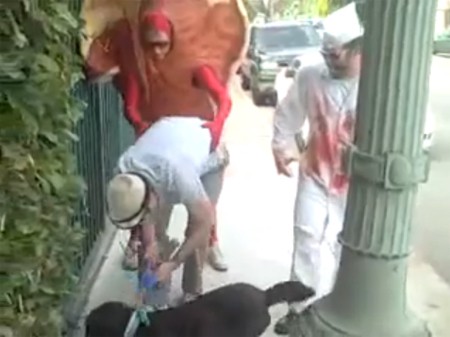 A cameraman caught up with Zachary Quinto while he was out and about with his dog, a large steak, and a bloody butcher. When some canine chaos erupted, Quinto fell, the steak helped him up, then got caught between a bush and a lamppost before the foursome went on their merry way.