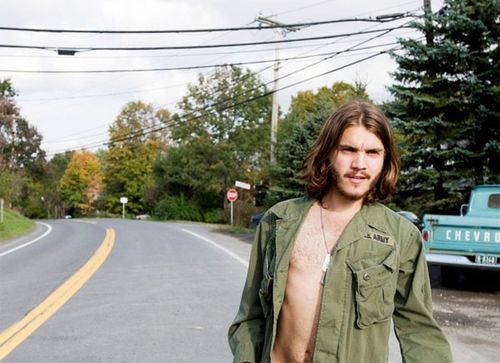 A still from Ang Lee's Taking Woodstock, which premiered last night and features an extended acid trip, according to Movieline: "Not that anyone flies or bounds about the nearby foliage, but it’s a
stunner nonetheless, overlapping pastel lighting effects, green-screen
animation, shifting film speeds, lens trickery and undulating CGI in its glimpse at what’s casually referred to as 'the center of the universe.'"