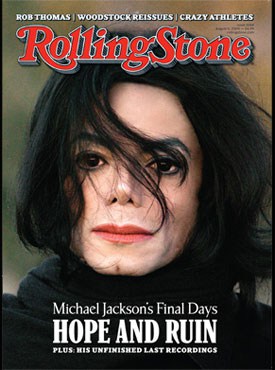 Transgender student in Guam turned away from Prom. School officials refuse to apologize or draft transgender policy: "Back in May, the George Washington High School senior told KUAM
News he was turned away from the prom because he was wearing a dress.
At the time, he said he felt discriminated against by school officials.
'I said, 'Where does it state in this rule in this paper that there's
no cross-dressing, no individualism and no opposite genders?  It
doesn't say anything.'  So I have a case right here. And that's wrong,'
he stated." 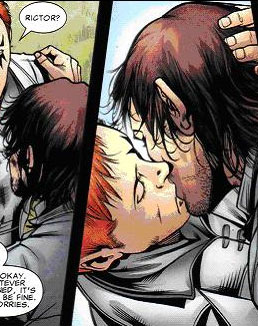 L.A. sperm bank offers celebrity look-alike donors: "'The number one client question we get is: `Who does this donor look
like?'' said Scott Brown of California Cryobank. 'We decided this would
be a great way to give thorough and consistent answers. Clients love
it. Look-a-Likes has only been available for a week and our Web site
traffic is up 50 percent.'"

Chicago Mayor Daley open to set-asides for gay-owned businesses: "I think it's good. It helps businesses grow in the city, and that's what
you want." 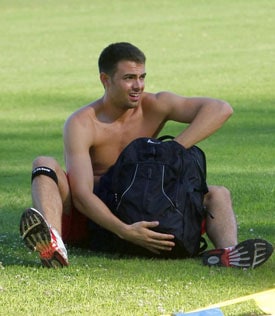 Christian Bale and Mark Wahlberg duke it out.

American Foundation for Suicide Prevention receives $45,000 grant from the Johnson Family Foundation "to develop a project aimed at reducing suicidal behavior and suicide
risk in lesbian, gay, bisexual and transgender populations. The goal of
the new Knowledge to Practice Initiative — which will coincide with
AFSP’s ongoing LGBT efforts — is to lay the foundation for a national
LGBT suicide prevention effort by establishing partnerships with
leading national and state organizations."

Previous Post: « Emile Hirsch Flashes Some Skin on the Road to Woodstock
Next Post: Hawaii Coach Asks Media Not to Cover His ‘Faggot’ Slur, Apologizes »