Navy officials have named the fellow sailor charged with the June 30 murder of gay seaman August Provost at Camp Pendleton, and charged him with additional crimes, the North County Times reports: 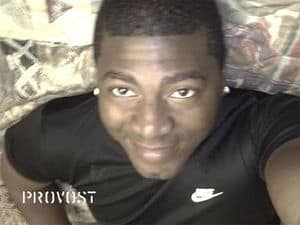 "Navy Petty Officer Jonathan Campos, a 32-year-old gas system
technician, has been charged with murder, arson, unlawful entry,
unlawful possession of a firearm and a host of other charges in
connection with last month's fatal shooting of a seaman at Camp
Pendelton…Campos, of Lancaster, is being held at the brig at Miramar Marine Corps
Air Station and is cooperating with investigators, who reiterated that
there is no indication the killing of August Provost III on June 30 was
a hate crime. Provost was gay. 'An investigative hearing will be
held in the coming weeks,' the Navy said. 'During the hearing, a
military investigating officer will hear evidence to evaluate the
charges and evidence.' Officials repeatedly have rejected
assertions that Provost was killed because he was gay, as some members
of his family have suggested."

Provost's sister told the Dallas Voice last week that she had information suggesting that Campos killed Provost for fear of being outed. Provost was buried two weeks ago and a vigil held near Camp Pendleton in his honor. Congresswoman Sheila Jackson Lee has called for a Congressional inquiry.