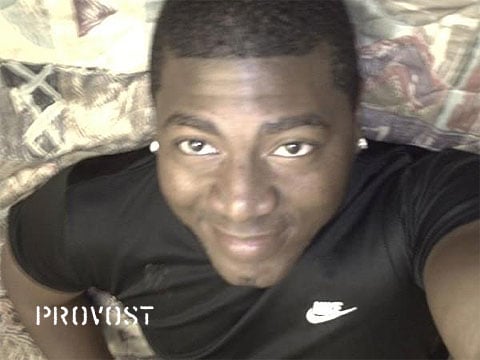 August Provost, a 29-year-old sailor, was found dead in a guard shack Tuesday. Navy officials, who have a "person of interest" in custody, are investigating it as a homicide. Local gay activists say the case should also be investigated as a hate crime. 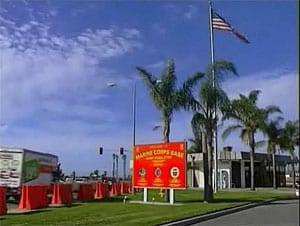 "The body of Seaman August Provost of Houston, Texas, was discoveredabout 3:30 a.m. on the western edge of the base, said Doug Sayers, aspokesman for Navy Region Southwest. An autopsy was completed yesterday, but authorities werewaiting for results of toxicology tests to determine a cause of death. A 'person of interest' was being held in the Navy brig at Marine Corps Air Station Miramar. No charges have been filed. The death has local gay activists calling for a formal investigationinto whether Provost was slain because of his sexual orientation. 'We're definitely monitoring this and trust and hope themilitary will investigate this in the professional way it should,' saidNicole Murray-Ramirez, chairman of San Diego's Human Rights Commission.Murray-Rameriz also has contacted Reps. Susan Davis and Bob Filner,asking that they make official inquiries to the military concerning aninvestigation."

The paper adds: "The Navy would not comment on whether Provost's orientation had anything to do with the death. 'While 'Don't ask, Don't tell' is in place, anybody in the military whois a homosexual has no place to go to get assistance or counseling,'said Ben Gomez of Servicemembers Legal Defense Network, an advocacygroup for gays in the military. Provost's boyfriend, Kaether Cordero, said yesterday thatProvost was openly gay but kept his private life quiet for the mostpart. 'People who he was friends with, I knew that they knew,'Cordero said from Houston. 'He didn't care that they knew. He trustedthem.' Provost had recently complained to his family that someonewas harassing and bothering him, and they advised him to tell hissupervisor, said his sister, Akalia."

News reports from NBC San Diego and KUSI, AFTER THE JUMP…