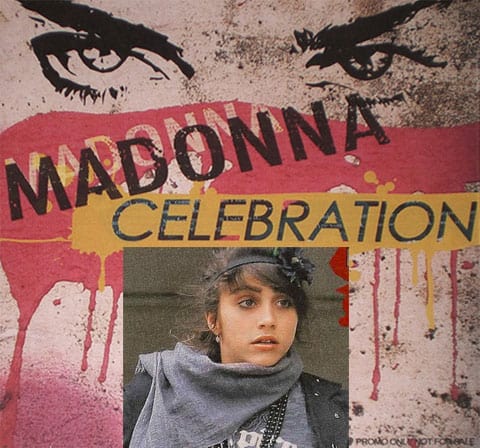 Lourdes Leon will make her on-screen debut in the video for Madonna's new track "Celebration" according to Madonnatribe:

"The remixes for the first single off the package, Celebration, are signed by Benny Benassi, Chris Lake, Felguk, Johnny Vicious and of course the producer of the original track Paul Oakenfold. As for the special guest of the video we mentioned a few days ago, we can now report it's the lovely Lourdes Leon herself…
We have also been told that Warner and Madonna's camp are very happy with the positive buzz surrounding Celebration and planning the release of the second single off the GH. Revolver, the second new song contained in the new compilation, will be released as the second single sometime in September 2009." (via boy culture)

Meanwhile, folks seem to be up in arms about this recent photo of Madonna, which reveals the sinewy state her constant workouts have left her appendages in. 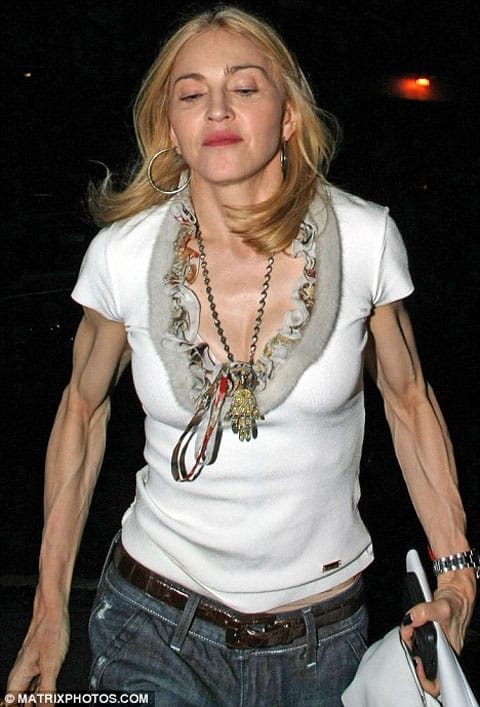 Emily Nussbaum writes (in an article about her various phases and personas) of Madonna in New York magazine:

"Maybe it’s because I’m getting older along with her, but
watching Madonna strut past 50—hips grinding in high heels, posing legs
spread—brings out anxious, contradictory emotions. It’s become taboo to
criticize stars for plastic surgery—both because it is their choice and
because they have no choice—but each time I glimpse that grinning mask,
I wonder why it’s impossible for Madonna, with all her power, her will
to shock, to ever stop 'giving good face'? I try to persuade myself to
admire her most New York qualities (ambition, workaholism); I tell
myself she’s a dancer, and this is what dancers do. But I feel
exhausted just witnessing the effort it must take to maintain this
vision of eternal youth. This didactically selfless Madonna is less
inspiring than the selfish one in so many ways."

And, "If she’s hardened in the process, maybe that’s because she was the
first to step up and take it; she was a shield. Now she’s catalyzing a
new set of insults, that cougar-MILF catcall, with its attendant
put-downs—she’s 'desperate,' 'pathetic,' 'trying too hard.' And maybe
she is. Sometimes I think she is. But while other female icons fade,
fold, or fossilize into camp, for better or worse, Madonna seems
determined to do something unsettling and new: spin to the center of
the dance floor, till the end."