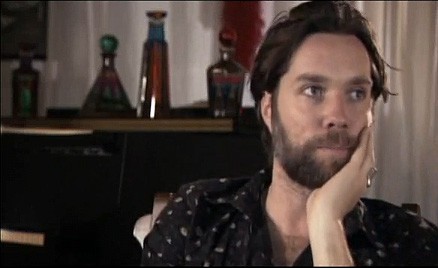 The opera that Rufus Wainwright has been working on for some time now recently debuted in Manchester, UK.

Wrote the NYT: "There are inspired touches and disarmingly beautiful passages in this mysterious, stylistically eclectic work. With a libretto in French by Mr. Wainwright and Bernadette Colomine, 'Prima Donna' depicts a turning point in the life of a prematurelyretired opera singer, a day when she confronts the demons that droveher from the stage and finds new resolve. But Mr. Wainwright’s scoreand his attitude toward the drama often seem muddled, as if he wererelying too much on his keen musical and theatrical instincts lest heoverthink and impede his imagination."

The BBC recently broadcast a documentary on Wainwright, his family, and the making of the opera, which you can watch, in six parts, AFTER THE JUMP…

Previous Post: « Obama: ‘I’d Like to See [DADT Changed] Sooner Rather Than Later’
Next Post: Broadway’s Hair to Go Dark in October for National Equality March »