The never-at-a-loss-for-words Rupert Everett has commented on Michael Jackson's death to the UK Mirror: 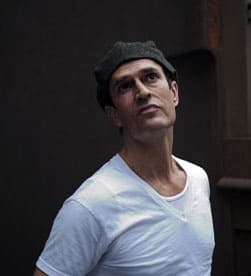 "I think it was fortuitous that he died…He was supposed to be doing 50 concerts in London. It wouldn’t have mattered how good or bad he was. He wouldn’t have managed to do all of them and the press would have destroyed him. He was a freak. He looked like a character from Shrek. He was a black to white minstrel. He was crucified by that court case when he was accused of child molestation – that killed him. He
personified the pain and anxiety of a black man in a slave country. We
all watched as he changed from black to white. He was living
performance art. You cannot divide the music from the person. I
think his life – and death – is a great lesson. I think we are going to
see the end of celebrity as we know it. Show business is not an honest
profession. It’s like the last days of Versailles. I do wonder how much more bullsh*t people can take about celebrities. We’re living in very strange times. We have Michael Jackson, a
black man who has gone white, and we have President Barack Obama, who
is a half white man gone black. It’s absolutely fascinating to watch."

In related news, the DEA has raided the office of Michael Jackson's doctor Conrad Murray, looking for evidence of manslaughter.