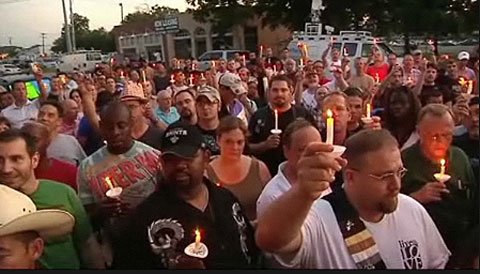 As outrage across the nation grows, the Texas Alcoholic Beverage Commission says two agents involved in the arrest of Chad Gibson, who sustained traumatic head injuries following a raid late Saturday night at the Rainbow Lounge in Fort Worth, Texas, have been placed on desk duty while an internal investigation is being conducted. … A photo shows the TABC agents on top of him on the floor. No Fort Worth officers are visible. Witnessesalso said there was a struggle after he was escorted outside the barwhen at least one TABC agent tried to hold him down. Investigators are looking into the possibility Gibson's injury occurred when he fell outside the bar."

More than 200 people attended a vigil for Gibson outside the Rainbow Lounge last night. Footage of last night's vigil, AFTER THE JUMP… 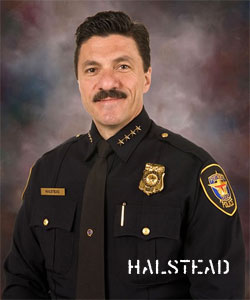 And CBS11 reports: "State Senator Wendy Davis and State Representative Lon Burnam want aninvestigation, too. In a joint statement they said, 'It is our hopethat an objective, outside investigation be made which would examineinternal investigation reports of both the Fort Worth Police Departmentand the TABC, as well as eye witness accounts.'"

A group of private citizens is calling for an independent investigation.

While Gibson's condition is improving, doctors told him "he'd have headaches for two years."

Fort Worth Police Chief Jeff Halstead has used a classic "gay panic" excuse for the officers' roughness at the bar, saying he was "happy" with how it was handled: "Monday,police chief Jeff Halstead said the officers' actions are beinginvestigated. However, he also said that officers that entered the barduring the scheduled inspection were touched inappropriately. 'You'retouched and advanced in certain ways by people inside the bar,that's offensive,' he said. 'I'm happy with the restraint used whenthey were contacted like that.'" 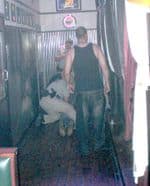 But, "Rainbow Loungepatrons said authorities grabbed people or shoved them onto the ground.They have denied police claims that anyone groped or made lewd gesturestoward officers."

Following the outrage, Halstead is now adopting a different tone: "We’ve got to work together. Be patient, and youwill see that this is just not lip service. I will meet with youwherever you want to meet. I will go to your restaurants, your house,we can eat barbecue, whatever you want to do. But we’ve got to talk. We will heal beyond this."

Here are more details from a public forum held on Tuesday night at Buzzbrews in Dallas.

Footage of last night's vigil, AFTER THE JUMP…

Previous Post: « Sears Tower ‘Ledge’ Not for Those with Vertigo
Next Post: Air France Flight 447 Did Not Break Up in Flight »